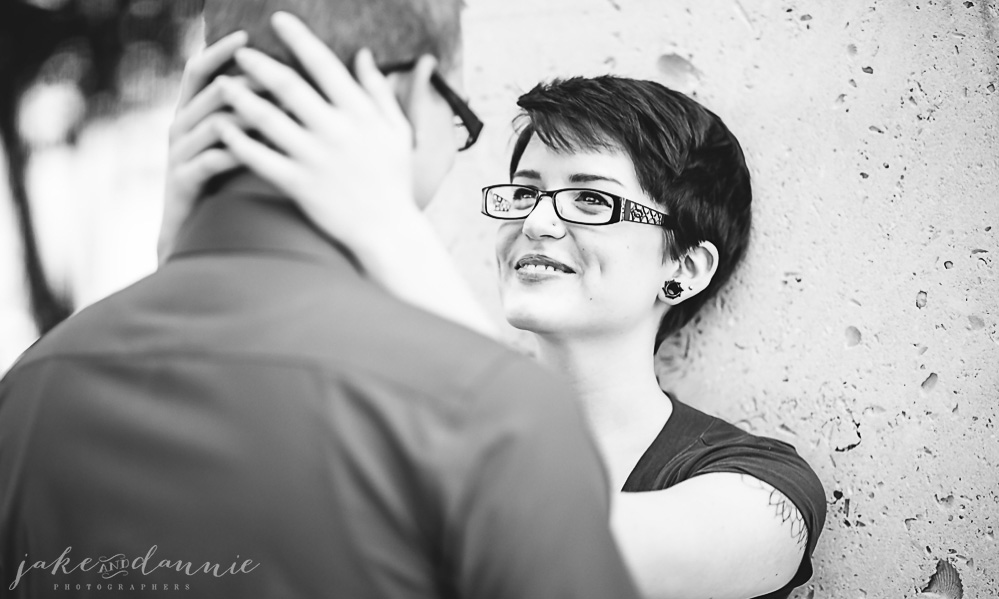 By Jake and Dannie | Portrait & Family Photography | No Comments

When we have a 9 AM shoot in Tampa we have to get up before the sunrises. Granted it’s a one hour drive, but we like to get there early and some of us rise more slowly than others. Ever since Jake stopped drinking coffee (except an occasional decaf) he’s been a little more groggy and a little less shaky. But by the time we make it down there he is usually energized and ready to go. We both get excited when we are taking photographs, which is a sign that we’re on the right path in life. END_OF_DOCUMENT_TOKEN_TO_BE_REPLACED 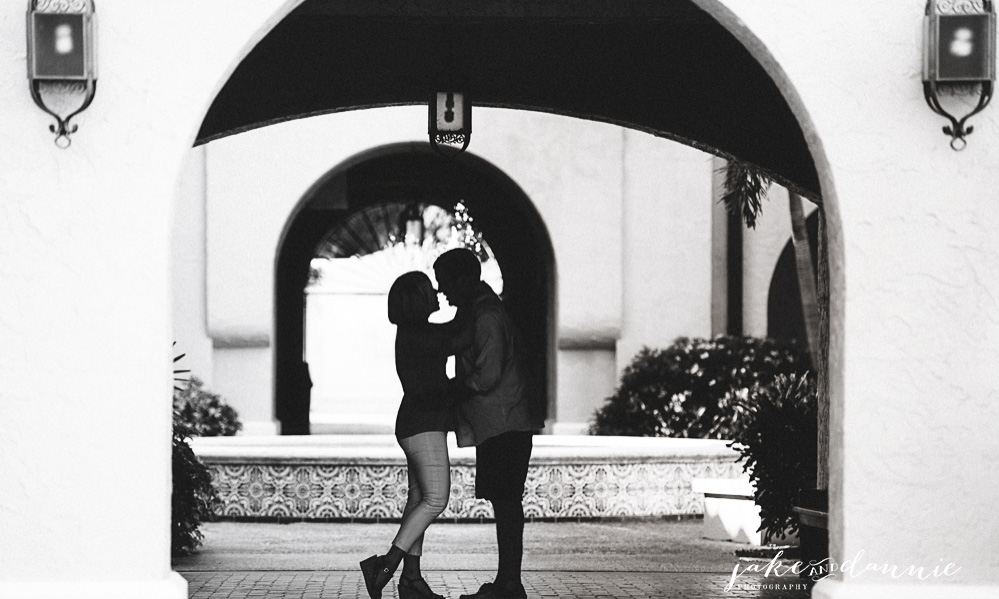 By Jake and Dannie | Engagement Photography | No Comments

One of the best things about photographing couples on location is that they sometimes do the scouting for you. When we ask clients where they would like their photos taken, they often have a place in mind, and when the do it is usually beautiful. END_OF_DOCUMENT_TOKEN_TO_BE_REPLACED 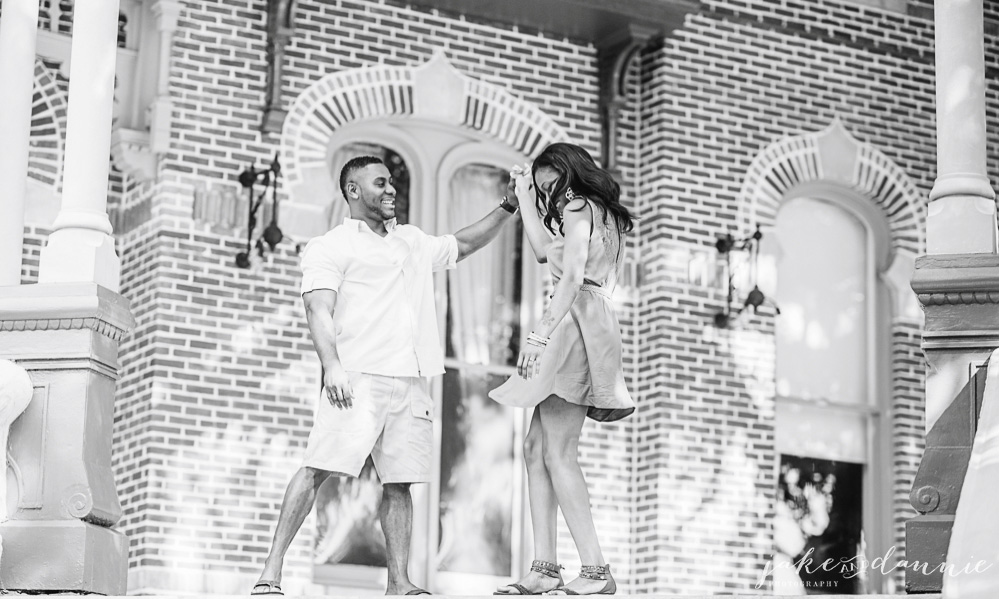 By Jake and Dannie | Engagement Photography | No Comments

We always show up early for our photo sessions, partly to scout, partly so that we won’t feel rushed, and partly because you never know what the parking will be like. We waited on the enormous verandah, talking about how the light might look falling between stone pillars in an hour, and whether the construction crew on the far end of the building would later interfere with our compositions. The University of Tampa was as scenic as we had heard. The sun was well into the sky by now, but the morning air was still far from the heat of midday. END_OF_DOCUMENT_TOKEN_TO_BE_REPLACED 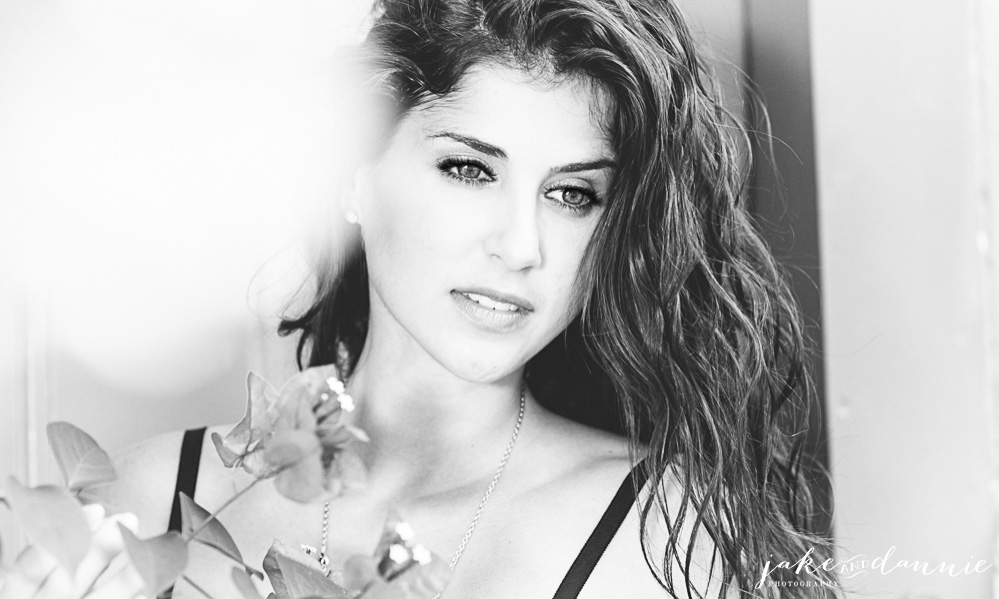 By Jake and Dannie | Portrait & Family Photography | No Comments

I recently read an article on a new term called “hometown tourist” kind of a fun no frill spin on “staycation.” It’s about picking up the camera, grabbing the kids or besties and tour your neighborhood from the eyes of a tourist — this article actually made me a little home sick for NYC — where every time I go back I feel like a stranger in a familiar place, now it seems we are even farther from it. END_OF_DOCUMENT_TOKEN_TO_BE_REPLACED 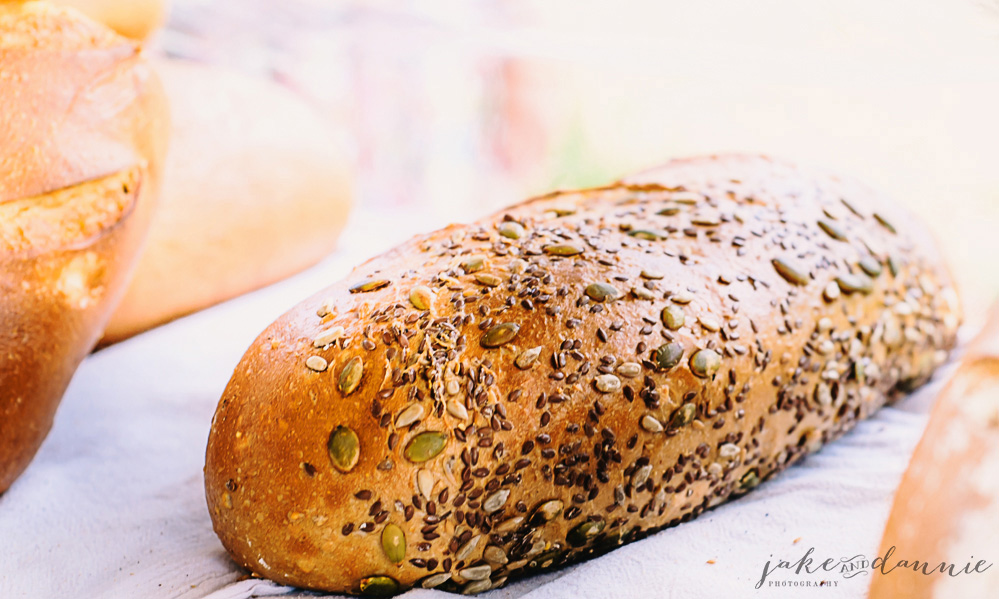 By Jake and Dannie | Travel | No Comments

On Tuesday there is a Farmer’s Market in the Waterfront District of Gulfport. I’ve loved this place ever since Jake’s parents introduced us to this place a few years ago (during one of our wintery visits). With all that’s been happening with our new home and business, we’ve been forgetting to get out and enjoy ourselves once in a while. Well at the beginning of this week I marked my calendar and Jake and I took off for Gulfport. It’s a beautiful place to walk around, with plenty of shade on the sidewalks. END_OF_DOCUMENT_TOKEN_TO_BE_REPLACED