When I was in high school I had a part time job at a pizzeria. Every once in a while I like to make a pizza for Dannie as a treat. Itâ€™s fun for both of us to prepare, and itâ€™s (usually) even more fun to eat. 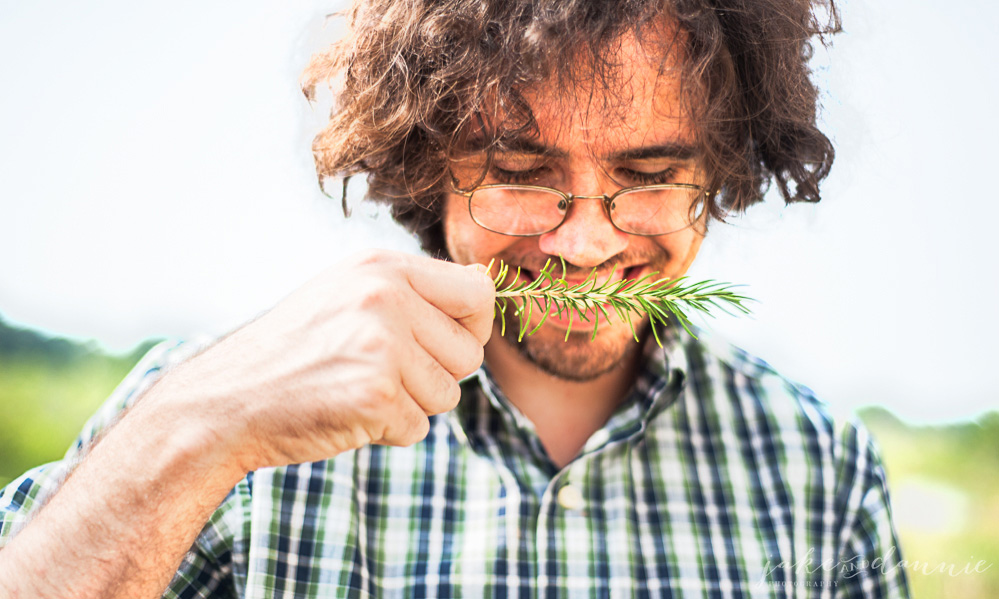 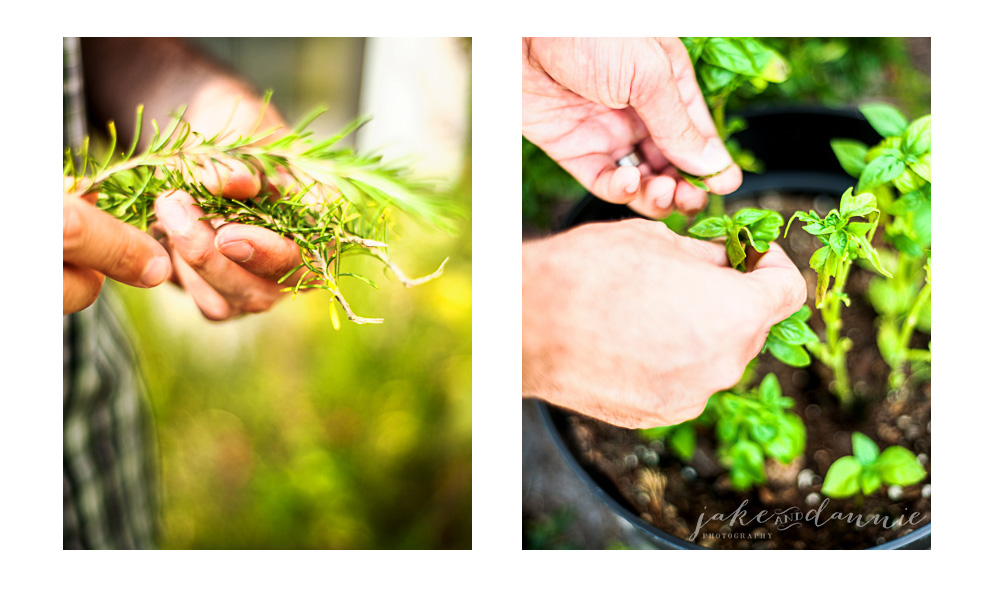 This Saturday we made one with a dough we bought from the grocery store. Instead of shredded cheese I cut up a block of mozzarella into squares and spread them around. We used fresh herbs from our garden.

And instead of pizza sauce which has lots of sugar we used Newmanâ€™s Own tomato basil pasta sauce. Newmanâ€™s Own is awesome because all of their profits go to charity.

Preheat the oven to the temperature specified on the bag of pizza dough. Cut up the onion into thin slices and saute them until the caramelize a little bit, but not too much or theyâ€™ll burn in the oven. Â Cut the peppers into thin slices, and cut the meatless sausage into thin coins. Knead the dough out and spread it evenly on a pizza pan. I like my pizza pan because it has holes in the bottom so the underside of the dough gets cooked better. Spread some pesto over the dough in a thin layer, than spread on some of the pasta sauce, also in a thin layer because there are a lot of toppings coming up and you donâ€™t want soggy pizza.

Now put the cheese on. Donâ€™t worry about gaps because it will fill them when it melts, as long as you make it relatively even. Next put on the sausage, spinach, mushrooms, peppers, onions, and sun dried tomatoes. Finally, sprinkle the whole thing with parmesan cheese and throw it all in the oven on the second to top rack. Follow the baking directions on the dough wrapper, but err on the side of over cooked, because all those veggies produce water that will make your pizza hard to eat if you donâ€™t cook it long enough. Let it cool and enjoy!

Visit our Courtesy, Terms and Disclosures page to read about our privacy policies and rules for using our work.