How Travel Drove us Meatless

Last night Dannie scrolling deep into our Instagram and reminiscing. She kept holding out her phone to me with a finger over the caption to see if I could remember where each photo was taken. But once she got to one of our camping trips in Acadia National Park in Maine, the conversation moved from nostalgia to reflection. She remembered that that trip was when she was first inspired to become a vegetarian, even though we didn’t take that step for some time afterward. I thought it would be nice if each of us shared what experiences pushed us toward the meat-free lifestyle.

When we set out from New Hampshire for the rocky coast of Maine, vegetarianism wasn’t on our minds. We’d packed a cooler filled with camping staples like hot dogs and bacon, and my mother had even marinated a big bag of chicken wings for us (raccoons stole all the chicken wings on the first night, but that’s another blog post). But after a couple days, we were getting tired of the hassle of cooking over a little gas stove, and we decided to head into town for a classic Maine dinner - lobster.

Of course, we’d had lobster before, at family cookouts and even in our home, but squeamish little me always left the room when it was time to cook the main course. But the restaurant we ate at had outdoor boilers, a show of authenticity that allowed diners to see how fresh the food was. But I would have eaten week old leftovers to get out of having to watch that Lobster dangle briefly over the pot before falling to its gruesome end. As I tried to think about something else (the smell of the salty air, the sunshine, those rascally raccoons… anything!) I couldn’t help but feel like a hypocrite. I didn’t want to have to think about the suffering of the animal that was dying for my enjoyment. Eventually, I pushed it out of my mind and enjoyed my dinner, but the seed had been planted. 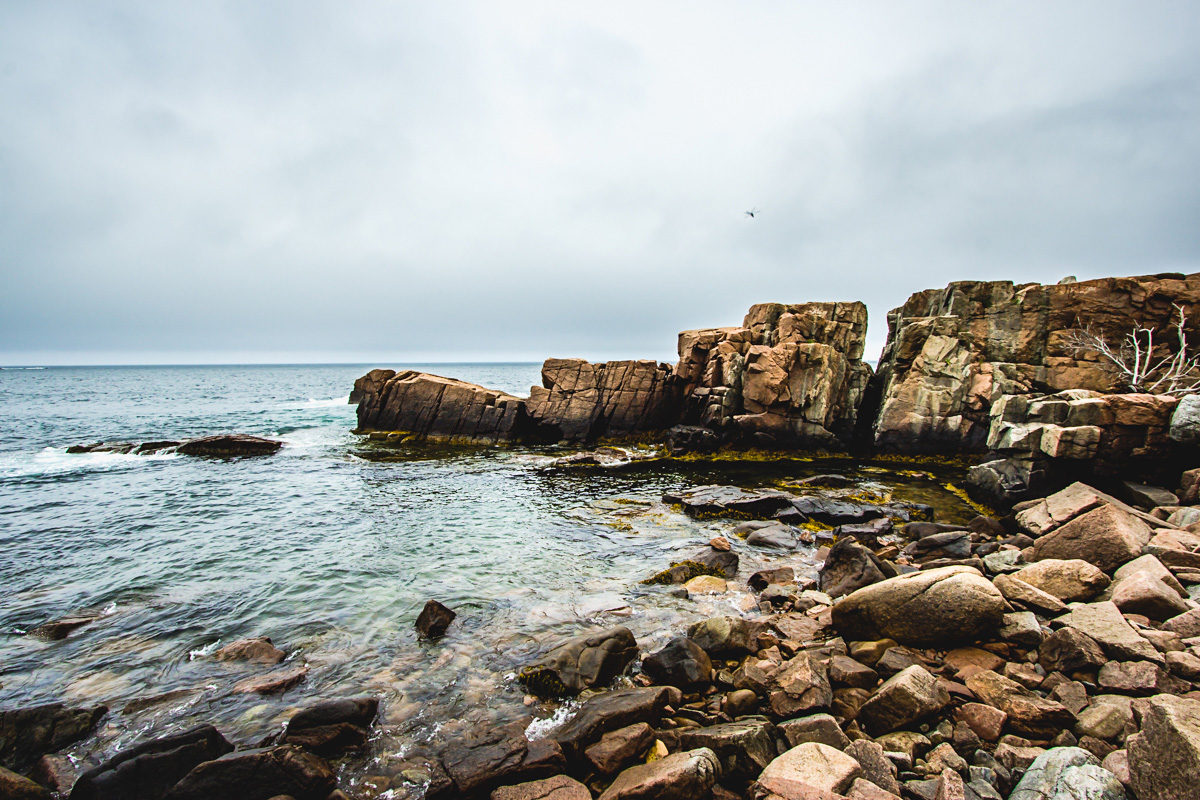 This was around the time when Jake and I had just started trying to have a baby. We hadn’t made much progress (yet), but the pursuit was always in the back of my mind. That night as we lay in the tent, hungry raccoons circling us, I had a strange dream. I dreamed that a lobster was talking to me. It was a mother lobster and it was begging me not to eat its babies. You may have a hard time imagining a sympathetic lobster, but trust me, this one knew just which buttons to push and I woke up in tears. Over the next few weeks, I kept thinking about that dream and why it had affected me so strongly. I just kept imagining how I would feel if Jake and I finally succeeded in having a baby and someone took her away from us. I’d been doing just that (albeit indirectly) to so many animals over the years. And even though they probably experienced the world very differently from me, they all had mothers who tried very hard and probably would have been sad to see me eating them. 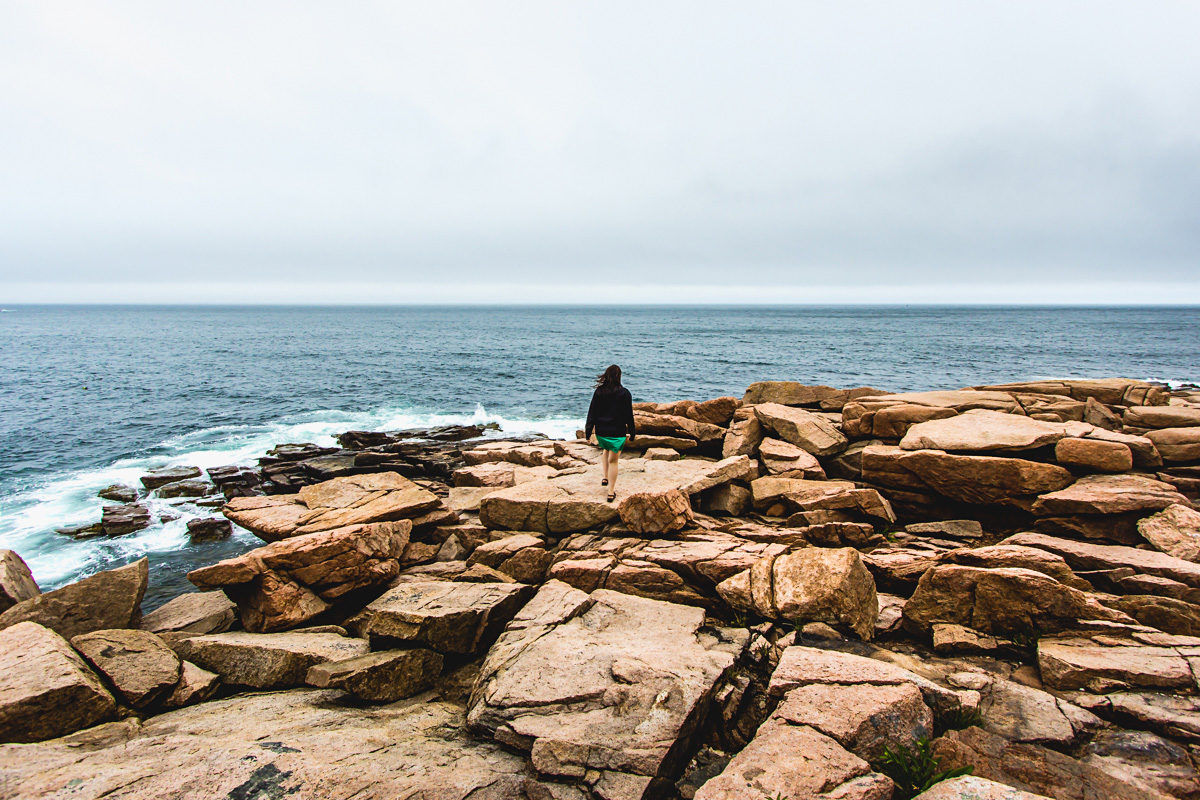 I made a promise to myself that I would eventually stop eating meat. But even though I became convinced that I owed it to my own future child, it was still several months before I had the courage to make the suggestion to Jake. I was glad that it was a lobster that pushed me over the edge. Lobsters aren’t cute - they don’t have fuzzy ears or big brown eyes - so I didn’t feel tempted to take the “nothing with a face” approach. If I can feel compassion for an animal I’m afraid to touch, then I don’t have any room for exceptions. 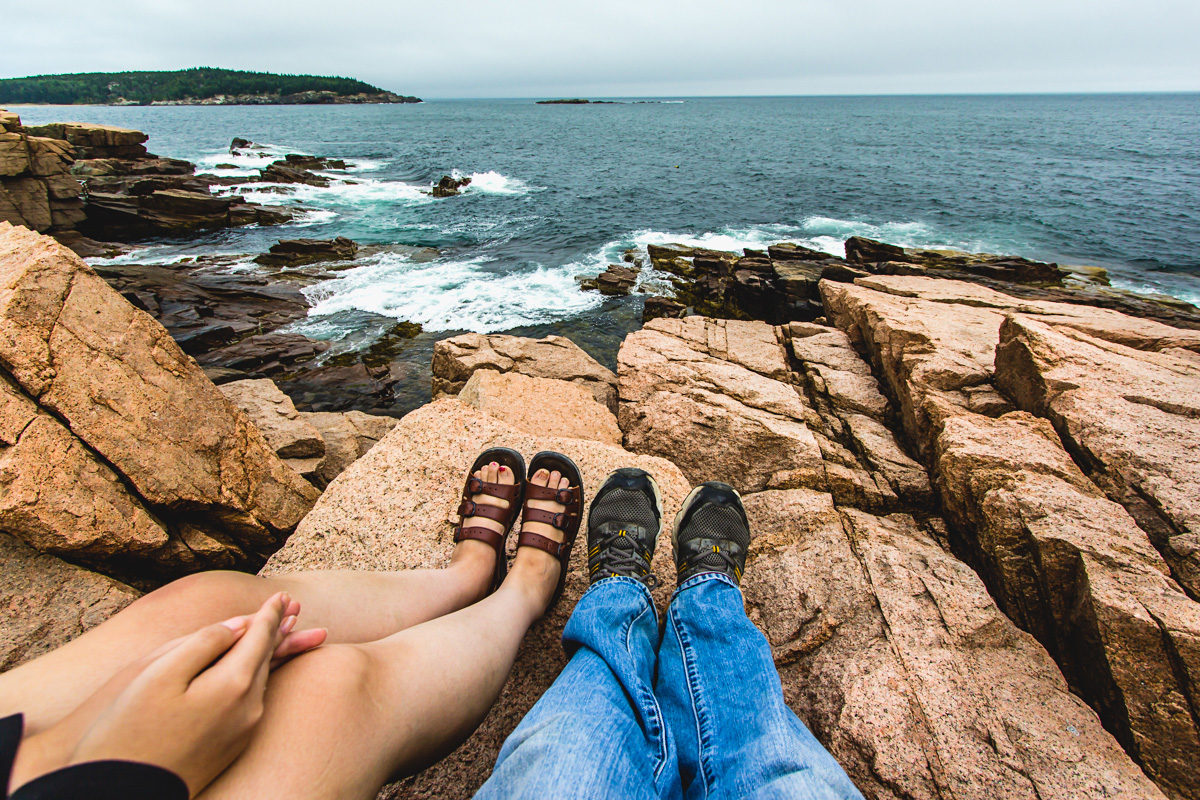 My decision to become a vegetarian was a lot less teary than Dannie’s, but that’s usually how it goes around here. For me, it really came down to a few truths.

1) I don’t need to eat meat to survive. I live in a civilization where other protein sources are plentiful and increasingly delicious. I understand that there are some places in the world where survival without animal protein is very difficult. If I lived in one of those places I would eat meat too, so I don’t judge them for it. I’m grateful that I even have the option of choosing, so I make the choice as well as I can. 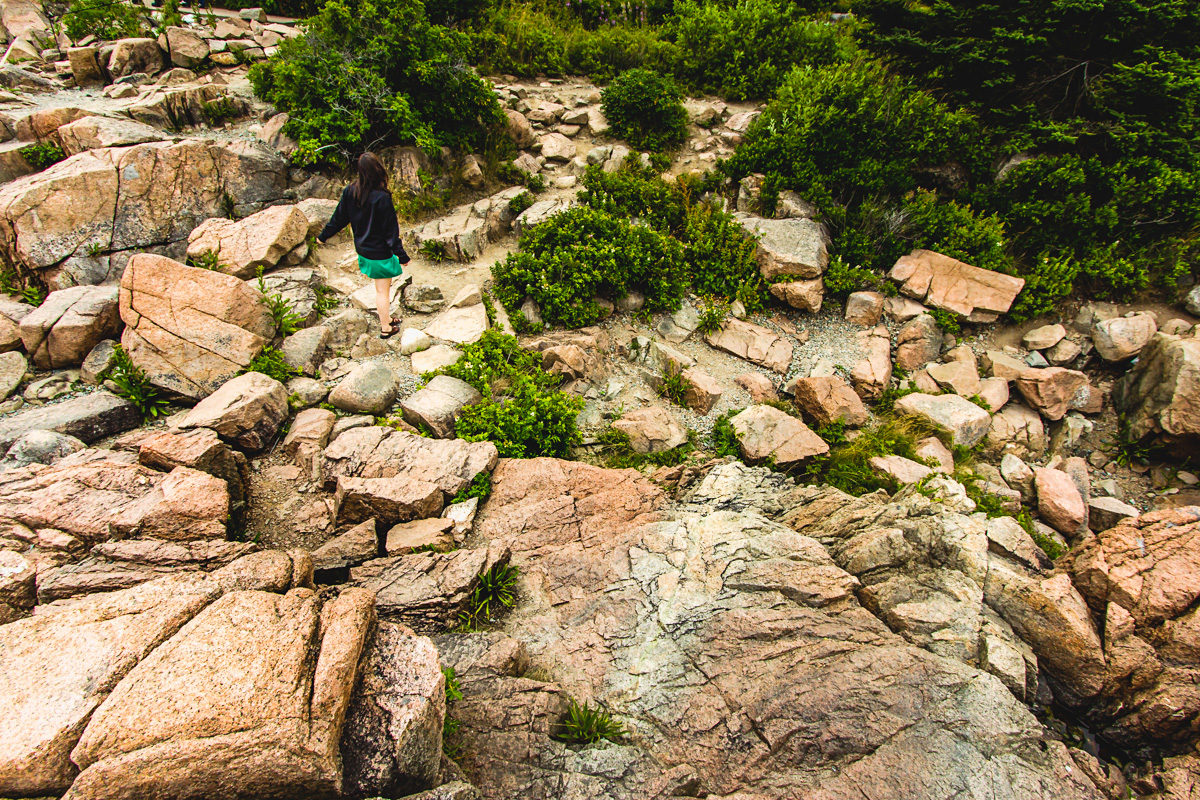 2) Vegetarianism is at least a little healthier. Cooked meat contains carcinogens and increases the risk of various kinds of cancer. Many of the better tasting meats are also very fatty and/or very salty, contain heavy metals like mercury, or hormones injected to stimulate growth. The science of all this stuff can be debated, but if I can get all the stuff I need from plants I have little to lose by doing so.

3) Vegetarianism is better for the environment. Farming animals produce far more greenhouse gas and other forms of pollution than farming plants. For plants or animals, there are right ways and wrong ways to do things, but the bottom line is the planet will thank you for putting down that hamburger. 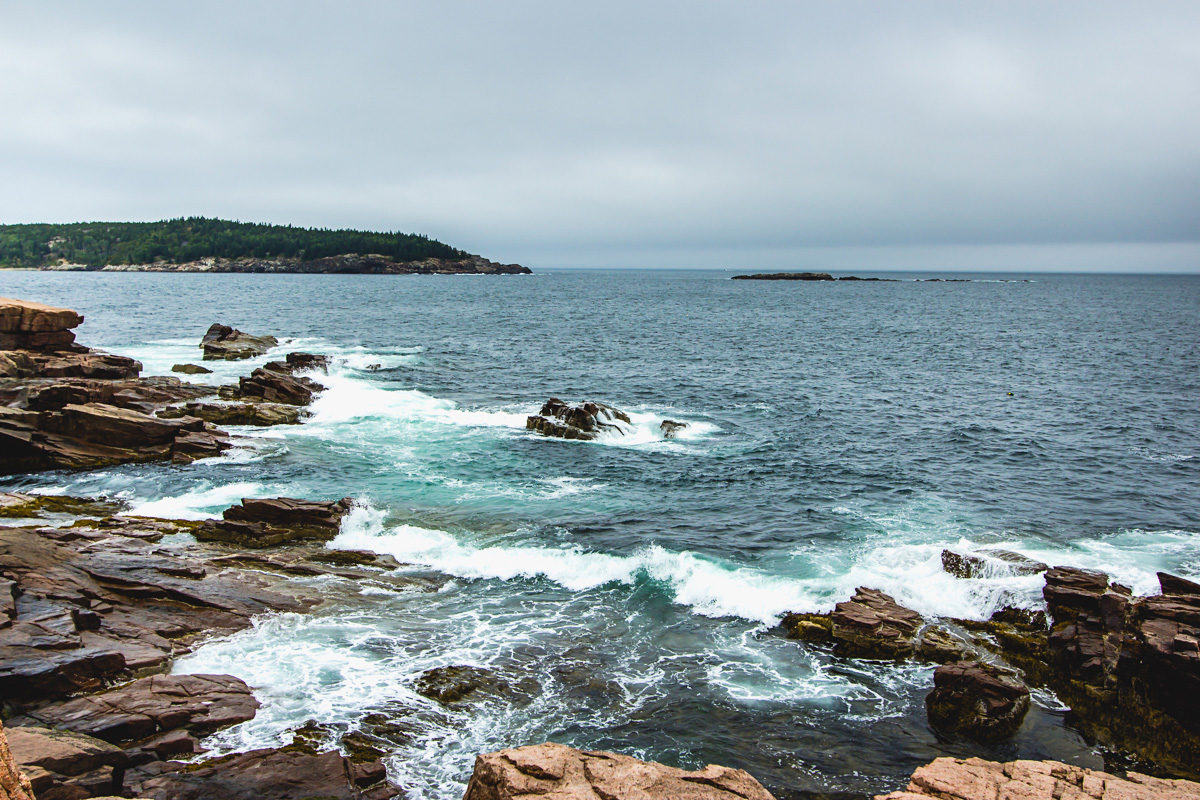 4) Vegetarianism is more ethical. I have far more power than a cow (or a lobster for that matter). If I feel like eating beef, or even buying some and just throwing it away, someone will gladly go kill a cow for me and deliver me a piece of it. I don’t think there is anyone who is so much more powerful than me that they could have me killed on a whim without facing any consequences. If there was someone out there with that kind of power over my fate I would surely implore them to spare me, and I would be very upset if they did not. If I eat meat, then I am not treating others as I would like to be treated, even though those others are less intelligent and less powerful than I am, and even though I am not deciding which specific animal is being killed for me. The question of ethics is especially interwoven with the qualifier I mentioned in reason number 1. People and animals who must eat meat to survive can’t be blamed.

I hope our stories didn’t sound too preachy. For what it’s worth we aren’t perfect. We both eat eggs and dairy (sometimes from humane sources, and sometimes not). We both own shoes and belts made from leather. I sometimes swat biting insects. We both eat unhealthy snacks and desserts… often. In time we’ll try to come closer to achieving our own ideals, but a couple years ago we decided that vegetarianism was a step we were ready to take.

Are you a vegetarian? What influenced your decision? 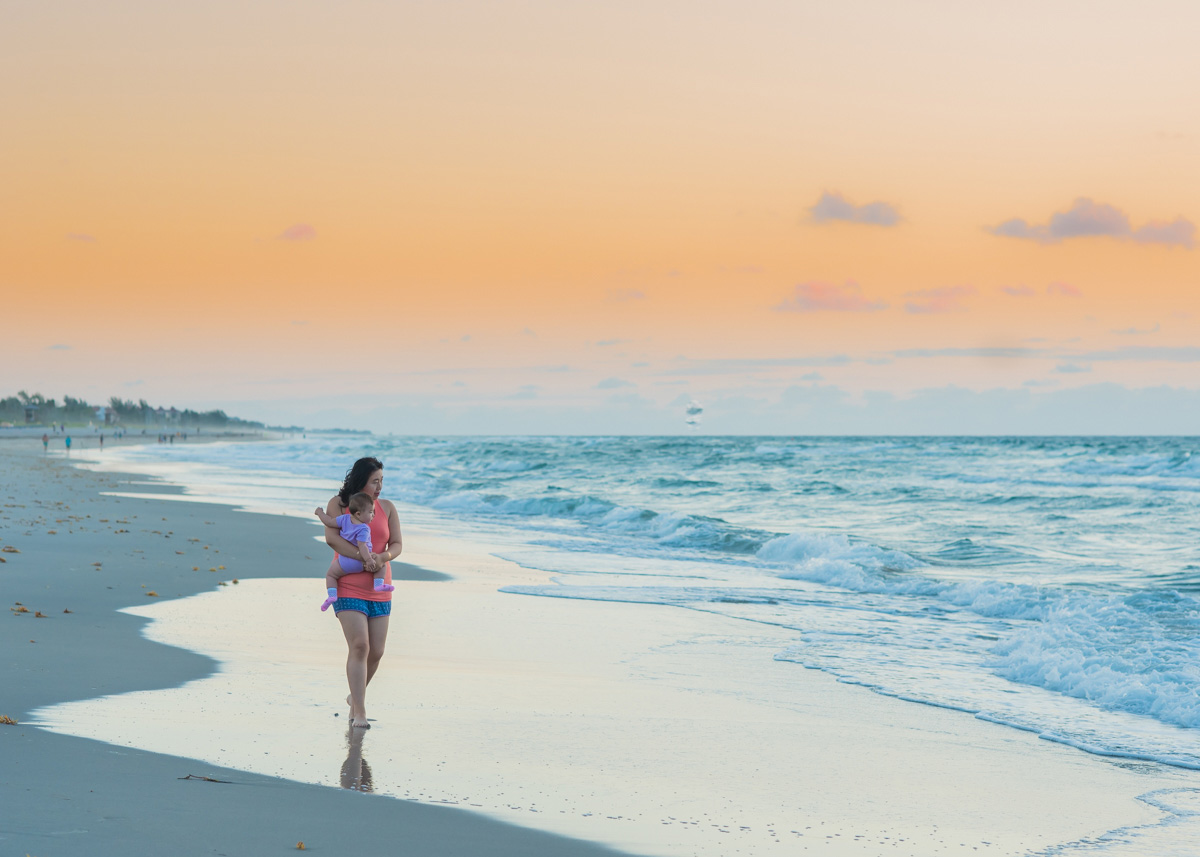