Getting our Vienna Airbnb ready for Christmas has gotten me thinking about what a different experience we are have this year. At this time last year we were still in Florida, planning for our year in Europe. We decided to celebrate Christmas a little early, with a Christmas Florida road trip through Orlando and St. Augustine.

It was Lisa’s first Christmas, and even though we knew she wouldn’t remember it, we wanted to do something special. We had two main goals for our road trip. The first was to enjoy St. Augustine with Jake’s parents, who were also visiting the beautiful coastal town, known for its Christmas light displays. The second was to take Lisa to Disney World, a quintessential Florida experience that she might not have another chance at in a long time.

Our first stop on our way East across the state was at Disney Springs in Orlando. It’s a place we’re very familiar with through our work as photographers. We’d had numerous clients who asked us to take their vacation photos there, and every time we liked to stick around for a while for a little shopping and relaxation.

Disney Springs isn’t a theme park like most people imagine when they hear the word “Disney.” It’s more like a city sized outdoor mall with shopping, high end restaurants, and decor that could only Disney could pull off (because they own the copyrights!). There are performers in the streets and, of course, in December, the whole place is decked out for Christmas.

Our then one-year-old daughter had no idea what Christmas was all about, but it didn’t take her long to figure out that Christmas trees are pretty (this year she’s even more enthusiastic about them). There will always be something a little surreal about celebrating Christmas under the Florida sunshine, but she didn’t know the difference.

Though we wanted to do a little shopping while we were there, we didn’t have the heart to pry her away from the shiny objects sooner than she was ready. We went from tree to window display and back again until we realized we had to be going if we wanted to make it to our next stop before dark (we didn’t).

Jake’s parents arrived at our Airbnb long before we did. We were sharing an apartment together for a few nights to give us all time to enjoy the sights together end even relax a little. There were a lot of mixed emotions. Celebrating Lisa’s first Christmas was a wonderful thing, but Jake’s parents knew that we wouldn’t be around for her second one.

They weren’t going to see Lisa, Jake or me for a year or more, and they were understandably worried about all the milestones they were going to miss as their granddaughter grew up. Indeed, since we left Florida, Lisa has changed from a barely waddling chubby baby into a singing, dancing, running and always talking little girl.

During the day the whole family went out together. We walked up and down the streets and through the parks to see where we’d get the best light displays in the evening. Our visit came shortly after hurricane Mathew had done significant damage to the town, and many of the locals warned us that the lights wouldn’t be quite as impressive as usual.

All I can say is that usual must be pretty darn impressive because that place was positively bathed in the glow of illuminated snowflakes, string lights and icicles. As we walked down the streets at night, the horse drawn carriages that are always present along the main roads seemed less out of place surrounded by the shimmering decorations.

We’d been living in Florida for three years, and up until last December, we had never made it to Disney’s Magic Kingdom. We weren’t too keen to face the crowds on Christmas Eve or Christmas Day, but we figured a few days beforehand wouldn’t be so bad. So as a gift to ourselves, we decided to leave St. Augustine early in the morning and make the Magic Kingdom in Orlando, Florida the last stop on our Christmas road trip.

For both of the images above, Jake used a photography technique called “exposing for the highlights.” If you’d like to understand what that means and why he did it, you could have a look at his e-book, Easy Manual Mode Photography, which costs a lot less than tickets to the Magic Kingdom, but will keep helping you with your photography long after you leave.

Much of the Magic Kingdom remained as it usually is. Main Street USA, however was Christmas top to bottom. We knew this was our last chance in a while to enjoy the most famous theme park in the world, so we made sure that we took Lisa to every section, and showed her all of our favorites from our childhood visits (that we could remember).

There are plenty of rides that Lisa was allowed to go on, but it turns out that baby safe doesn’t always guarantee that babies will enjoy themselves. We weren’t surprised that the Pirates of the Caribbean frightened a one year old girl, but we didn’t expect her to freak out during the Winnie the Pooh ride (though we have to admit, that dream sequence is a bit scary). Her favorite ride, by far, was the teacups, and we wound up riding them several times.

Lisa really surprised us with her ability to handle a day out, and she even showed us how mature she was getting. She wore her glasses through a 3D movie, and she stayed in her chair while we ate our lunch after her nap.

But as the sun sank in the sky, we knew it was time for Lisa’s first Christmas parade. We headed back to Main Street USA, where staff members were clearing the streets for a big show. Lisa had never watched a Disney movie, but it turns out those characters have a certain je ne sais quoi that children simply cannot resist. She clapped as hard as anyone else as Mickey et all made there way by, dancing and waving to the crowds.

We got home late that night, with Lisa sound asleep in the back seat. It had been quite a journey, with long days, lots of walking, and disrupted sleep schedules. Jake carried her into the house, laid her down in her crib, and we both climbed into bed, leaving the bags in the car to be brought in the next morning (except for our camera gear). It was unusual back then for Lisa to sleep through the entire night, but she did.

This Christmas, when she wakes up in the morning, she’ll actually be able to open her own present, and there’s even a good chance she’ll enjoy the gift more than the wrapping paper. She might even learn to say “Merry Christmas.”

Update: We just spent Christmas, 2018 in Dali, China, and it was a very different experience. 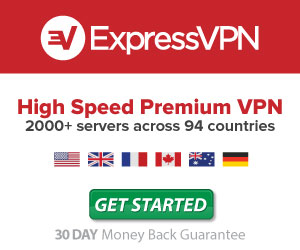 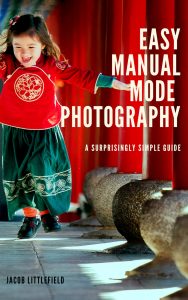